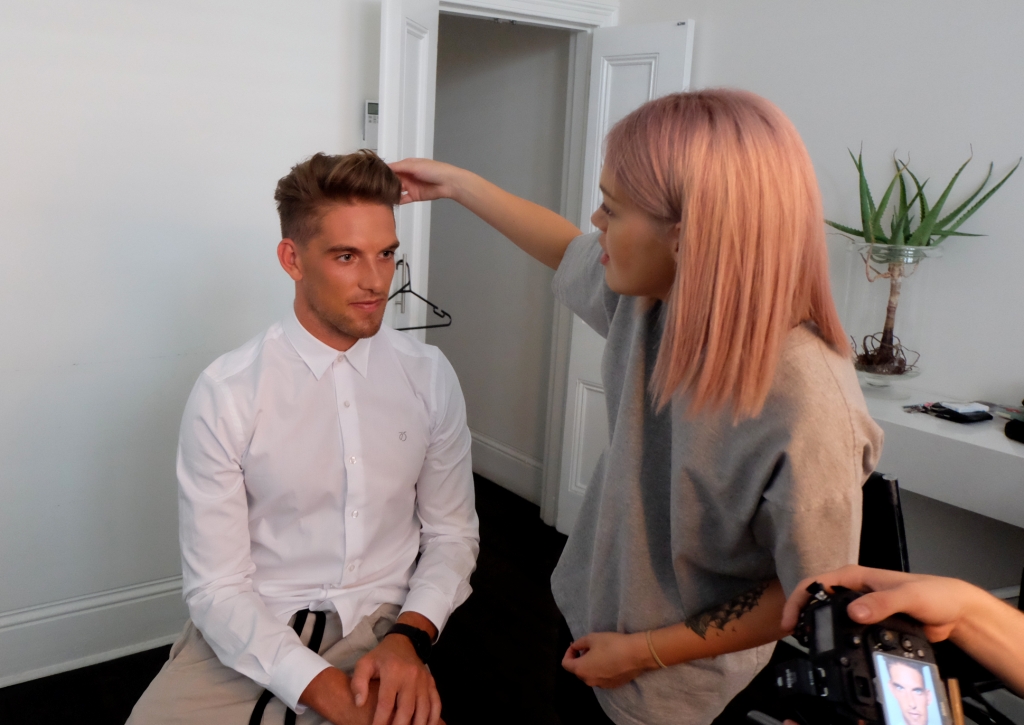 The American Crew All Stars Challenge began as a humble competition platform for professional Australian (hair) stylists and groomers to win a trip to LA – living it up at Chateau Marmont and partaking in a professional photoshoot with American Crew founder and esteemed photographer, David Raccuglia.

It quickly grew into one of Melbourne’s most anticipated calendar events, tripling as a men’s runway show, prestigious industry competition and social gathering for the country’s who’s who in media, beauty and design. Now, the American Crew All Stars event has gone global, inviting the world’s best in men’s grooming and styling to meet and run head-to-head for the title of American Crew All Stars’ Global Champion.

This year, Anaka Artistic Director, Louise and Senior Stylist, Portia have committed to entering the All Stars Challenge with sights firmly set on taking out the big one. Lou and Portia were each required to create a clean, black and white image of a modern men’s cut dedicated to classic techniques. Photographed professionally in-studio, the girls each directed their male model’s hair and fashion to ensure a contemporary image sure to capture the interest of the global judging panel.

Judged by the likes of American Crew founder David Raccuglia and American Crew Creative Director Craig Hanson, should Lou or Portia be announced as one of 14 global finalists they will head overseas to compete live for the title of Global Champion. Last year held in Libson, Portugal, upon re-creating their look, the finalists have just 30 minutes to direct the photographic capture of their model and select the image they wish to enter into the final round.

All this after spending a week with the world’s top grooming experts perfecting the American Crew Menswork method of styling – giving each participant an equal head start in the live final that awaits them.

It’s the chance of a lifetime provided by the world’s premier men’s hair care and styling line, and we wish Lou and Portia the best of luck!

The final event will take place in April 2015, in the meantime, check out the action from last year’s event!

An edit of the people, places and trends inspiring us today.